Once again the issue of charter school expansion has taken center stage among policymakers, parents, education advocates and business leaders in Massachusetts. Legislators are considering dozens of charter school bills; a ballot question aimed at expanding charter school access outside of the legislative process will likely appear before voters next year; and a class-action lawsuit on behalf of students seeking equal access to charter schools is making its way through the state judicial system.

The fact that we find ourselves here – once again – is not at all surprising but it is deeply disappointing nonetheless. Even more disappointing is the seeming lack of urgency among members of the State Senate, teacher unions, superintendents, and many of the state’s mayors. As the Boston Globe pointed out this week, some legislators “may be tempted to sidestep the charter issue” and leave it to voters to decide.

This lack of urgency is completely at odds with the mindset of parents of the 37,000 school-age children seeking access to meaningful choice in education, only to be denied admission to public charter schools due to a state limit on the number of such schools. And it is it completely at odds with local business leaders who know that our public K-12 education system is the pathway to opportunity for our schoolchildren and a critical component of the Commonwealth’s talent pipeline on which they rely. Mass High Tech Council members understand the connection between educational opportunity and improved career choices, and many are active on charter school boards and support our efforts to resolve this crisis in education this year.

This week, the Council’s Talent Development Policy Team hosted a special meeting on charter schools featuring a discussion with Jim Peyser, Secretary of the Massachusetts Executive Office of Education. Hosted at the Boston offices of Council member Goodwin Procter by Mike Kendall who also serves as Chairman of the Board for KIPP Schools Massachusetts, the meeting convened a group of business and civic leaders to chart a unified approach to advance the debate, increase the sense of urgency among key political leaders and overcome the “wait and see” approach too many political leaders and stakeholders continue to espouse.

Governor Baker, Great Schools Massachusetts and the Race to the Top coalition have offered legislative proposals that allow for sustainable, targeted growth of charter schools in school districts where they are most needed and in demand. The Council is committed to engaging in the legislative process to enact meaningful change.  We are equally committed to support the pending 2016 ballot question should the legislature decline to act.

On October 13, hundreds of parents, civic groups and business leaders packed a legislative hearing to express support for expanding access to public charter schools as a means of narrowing the achievement gap. The Council was proud to offer testimony in support of these critical legislative proposals. We highlighted data that shows how local tech employers face a growing challenge hiring skilled workers due to high demand for talent. We reminded legislators that this same high demand creates immense opportunities for individuals who have and can acquire the requisite skills. A quality public education system, including one with appropriate public charter school options, can be the key to unlocking limitless opportunities for Massachusetts children.

Unfortunately, the hearing drew many defenders of the status quo, including anti-charter school legislators who used their testimony to complain that charter schools were not controlled by locally elected school boards (they are public schools governed by the Dept. of Elementary and Secondary Education); accuse charter school proponents of seeking to destroy the teachers’ unions (they succeed largely because they are free from union work rules negotiated to favor seniority over capability); and lament the impacts of charter schools on local districts (conveniently ignoring the fact that most charter students out-perform their non-charter neighborhood peers).

Recently, Senate President Stan Rosenberg convened his colleagues for a professionally-facilitated bipartisan caucus on charter schools issues. According to firsthand accounts, much of the discussion again focused on financing issues rather than educational outcomes. In a post-caucus interview Rosenberg described his role going forward as one of a “neutral presiding officer.” 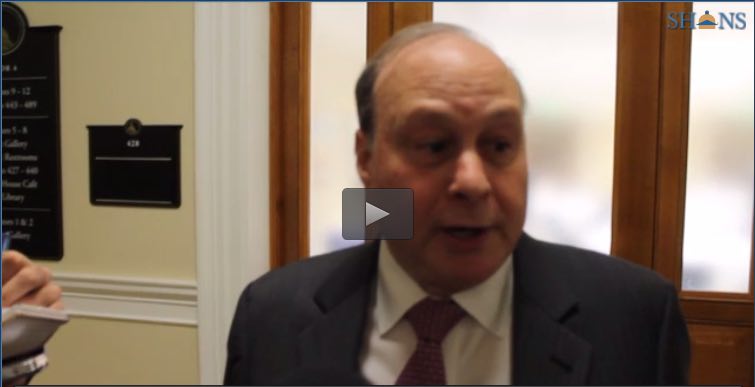 There may indeed be policy debates where the light touch approach described by the Senate President is appropriate. And no one is suggesting that he use an iron fist to advance charter legislation. But the passage of time is working against the interests of students who see opportunity slipping away permanently with each charter school lottery that they fail to win. To paraphrase former Governor Patrick, a child in a failing public school doesn’t get another shot at the second grade.

If ever there were a time and place for Senator Rosenberg to leverage his estimable powers of persuasion and wield the immense influence of the Senate Presidency in the interest of the public good, this is it. The Senate President has a rare opportunity to lead his colleagues toward an expansion of educational opportunity that can narrow persistent and unacceptable achievement gaps in our state public schools. For the sake of our children, our schools and our economy, we urge him and the Senate to seize it.