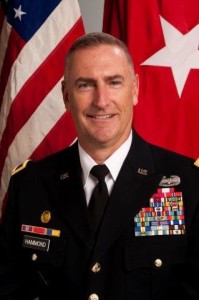 Last week we observed Veterans Day–a sacred and solemn occasion for many of us. As the nation prepared to honor our Veterans, hundreds of supporters turned out at Boston Symphony Hall to support Mission Gratitude, the largest Veteran benefit event in New England. Proceeds from the Mission Gratitude event supports one of the High Tech Council’s closest collaborators of our New England Tech Vets program–the Red Sox Foundation and Mass. General Hospital Home Base program led by Brigadier General (Ret) Jack Hammond.

Jack released the following letter on Veterans Day. Given the recent attacks in Paris, our gratitude also extends to men and women from nations around the world that join US troops united in battle to protect against growing threats from radical Islam extremists or any other threat to freedom–wherever it originates.

It’s worth noting the origins of the day, for it is not just a narrative fossilized in the annals of history, but an important marker in the present tense, as our great nation remains embroiled in conflicts abroad.

On this day in 1918, an armistice was declared between the Allies of War and Germany, effectively ending World War I. It took effect on the eleventh hour of the eleventh day of the eleventh month. In 1919, President Woodrow Wilson officially proclaimed November 11 as Armistice Day to remind Americans of the tragedies of war and to commemorate the cessation of hostilities on the Western Front. But it wasn’t until 1938 that the US adopted a law making November 11 a federal holiday. The nation could not yet know the irony nor the significance of that decision, as World War II would come knocking at our door less than a year later. Then in 1954, Congress changed the name from Armistice Day to Veterans Day to honor all United States Veterans and offer a day of remembrance for those who had served and sacrificed. It has been said that “Poor is the nation that has no heroes, but poorer still is the nation that having heroes, fails to remember and honor them.”

Having proudly served in the Military for more than three decades, commanding troops in Iraq and Afghanistan, I’ve experienced first-hand the impact of war. For those of us who serve, for the families who hold down the homestead while our loved ones are deployed, for all of us who enjoy the freedom that being American affords us, I venture that we owe a debt of gratitude to our Military Men and Women, each and every day, not just on Veterans Day. John F. Kennedy said it best: “As we express our gratitude, we must never forget that the highest appreciation is not to utter words, but to live by them.”

Why A Home Base? Because We Needed One

My work at Home Base allows me to rededicate my life each day to the Veteran community, and together with the entire Home Base team, we are on a mission to heal the Invisible Wounds of War. Restoring our Service Members, Veterans and Families who struggle with issues like post-traumatic stress and traumatic brain injury to a place of health and wellness is an incredible challenge; but, if we each assist in this effort–lending our time, treasure or talent—we can collectively demonstrate our thanks to these Veterans for their selfless service to our country. With 2.6 million Americans deployed since 9/11, 1 in 3 experiencing an Invisible Wound of War and a staggering 22 suicides a day, it’s not hard to see we have an epidemic on our hands. As more of our Service Men and Women return home, the need and urgency for care escalates. If not us, who? If not now, when?

As Home Base co

ntinues to evolve, we’re pleased and proud to debut not only a new website, www.homebase.org, but our new logo, which made its first public appearance this week at Mission Gratitude.

The Home Base logo is a symbol of resilience, strength, connectedness, homecoming and service, underscoring our commitment to support Veterans, Service Members and Families struggling with the Invisible Wounds of War. As we prepare for the next chapter in the organization’s life, we do so with a bold new look and a positive outlook. On behalf of our esteemed partners, the Red Sox Foundation and Massachusetts General Hospital, and our entire Home Base team, I wanted to express my appreciation for all that you do to champion our organization. And to our nation’s Service Members, Veterans and Families today on Veterans Day and in fact every day, we stand by you. We stand with you. You are the heroes and heroines of this story and the very best example of what makes America great. Thank you for your service and your sacrifice. Your mission is complete, but ours has just begun.

Well said and thank you Jack! The Mass. High Technology Council is proud to be working with you and Home Base in support of our Veterans.